← back to
ODIN Records
Get fresh music recommendations delivered to your inbox every Friday. 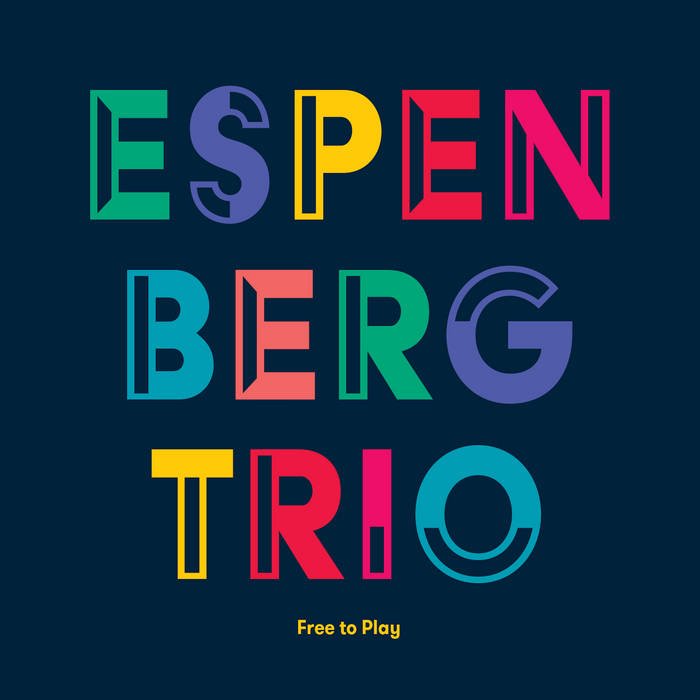 If you ask a jazz fan to name the greatest piano-trio albums ever made, the probability is that their top twenty choices will include Errol Garner’s Concert By The Sea, Ahmad Jamal’s But Not For Me, Bill Evans’ Sunday At The Village Vanguard and one volume each of Keith Jarrett’s Standards and Brad Mehldau’s The Art Of The Trio.

Esbjörn Svensson’s From Gagarin’s Point Of View might make it, too, as the sole entry from Scandinavia. But a disc by a Norwegian trio would come much further down the list. Which has nothing to do with artistic excellence and everything to do with the longstanding US-centric mindset which still besets jazz over half a century since it became an international artform. Take Svein Finnerud’s psychedelia-flavoured 1970 tour de force Plastic Sun, for instance. A uniquely successful piano-trio attempt to capture the acid-drenched zeitgeist of the late 1960s, the album continues to resonate powerfully as pure music, even though it is now long separated from its original social context. But Plastic Sun would be unlikely to scrape into a list of the top hundred piano-trio albums, let alone a top twenty.

Since Finnerud’s masterpiece, there have been a handful of other Norwegian piano-trio discs of similar stature. 2019 sees another. Step forward the Espen Berg Trio. The exquisite and enchanting Free To Play, the group’s third album - part in-the-moment soul, part through-composed formalism, part intimate collective-improvisation - is a deep-strata, 360-degree, access-all-areas, haute-couture, Good Housekeeping Seal of Approval blinder.

From the trippy high-end keyboard and percussion tones which light up the first moments of opening track "Monolitt," your instincts tell you Free To Play is going to be special - and your instincts are right. “Monolitt” is wholly improvised. It came about by chance, on an impulse, before recording proper had really started. Berg, heard elsewhere on piano, plays celesta. Bassist Bárður Reinert Poulsen bows high harmonics. Drummer Simon Olderskog Albertsen bows a singing bowl. “The celesta was in the studio when we arrived,” says Berg. “So we tried it out. It’s a one-taker. I think the combination of bows and celesta worked out great.” Some understatement. “Monolitt” casts a spell which endures throughout the album.

When Berg began taking piano lessons, aged 16, his teacher steered him straight into free improvisation. “I got the young Helge Lien as my piano teacher in high school,” says Berg. “I was self-taught up until then. I played pop and rock and I didn’t really know anything about jazz or improvisation. Right away, Helge threw me into free improvisation. It was scary at first. But it was so exciting that I knew I had to stick with it.”

Inspired by Lien, Berg began studying other jazz pianists. “I loved Helge and Christian Wallumrød’s music because it was melodic and with an open and pure sound,” says Berg. “Esbjörn Svensson had a very different mood, with dry sound and more beats, which I liked for a while. Keith Jarrett’s freely improvised concerts led me to make my own solo albums. But the biggest influence has probably been Brad Mehldau. I love his ability to improvise on several levels at once, the way he creates contrapuntal melodies.”

Berg has recorded in the full spectrum of lineups, from solo to the Trondheim Jazzorkester with Marius Neset. But the piano trio is a big love.

“I love being responsible for the whole middle and top registers,” says Berg. “Playing chords and melodic improvisation at the same time. Nowadays I tend to put chord accompaniment on top with my right hand, and then play melodies in my left hand together with the bass. It’s not revolutionary, but I try to find fresh sounds which add to the already bright rainbow that is the piano-trio tradition.” As Berg says, the idea is not iconoclastic. It is, though, quietly disruptive.

In its entirety, Berg’s style is evolutionary rather than revolutionary, a mix of learnt playing and composing traditions and his own venturesome imagination. His use of through composition employing linked but more or less discrete sections, for example, is in the lineage of Duke Ellington’s approach during the late 1920s and 1930s. Recorded jazz was then limited to just a few minutes’ music on each side of a 78rpm single. But Ellington nonetheless conceived much of his material as miniature suites with distinct movements. Most of the pieces on Free To Play last between three and six minutes, like Ellington’s did back then, and they contain three or four sections within them, again like Ellington’s.

As Berg acknowledges, his style also evokes romantic and impressionist classical music. But the connection is coincidental rather than considered. “People often think I’m deeply into the classics,” he says. “And I have played some pieces by Ravel and Chopin. But not much more than that. My musical memory retains what I play, so the few classical pieces I have played have become a part of my playing and suggest a broader influence than is really the case.”

Ultimately, Berg’s music is beyond category. As Ellington said, there are two kinds of music: great music and not great music. Berg’s is great music. But he is happy enough with the label jazz. “I’ve grown accustomed to it, though I never think that I have to write ‘jazz’ for this trio or for any band that I’m playing in,” he says. “I just write what I feel is nice at the moment. I’m on an endless journey without frontiers, searching for new moods, new chord combinations and heartfelt melodies.”

With Free To Play, Berg’s journey has reached previously uncharted territory. The album is certain to make the best-of-year lists of many who hear it. It deserves to make the greatest-ever lists, too.

Named JAZZ JAPAN’s biggest and most important discovery in the first half of 2016. The band has been touring in Japan, the Faroe Islands, Norway, Greece, Estonia, China and Spain. JAZZWISE (UK) writes that «Bølge», their second album, is a mature statement from an artist whose personal style, concept and seemingly bottomless wellspring of ideas set him apart from his contemporaries. ... more

Bandcamp Daily  your guide to the world of Bandcamp

Kari Faux drops off her deluxe album 'Lowkey Superstar' plus tunes by Shunaji and Samplelov.